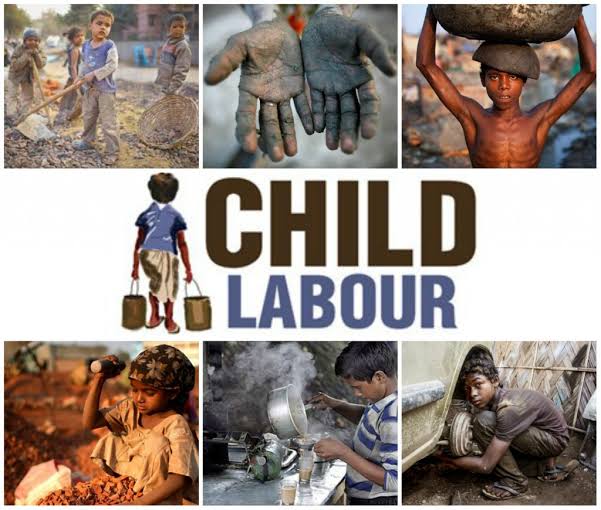 Child labour is one of the social issues which needs immediate attention from the authorities. Child Labour refers to the working of youngsters and youths to earn a livelihood and support their families. The children are forced to work like adults at a young age. As per a report, the world’s most destitute and impoverished countries comprise about 25% of kids as child labourers. Child labour is primarily seen in India because of the country’s poverty which also leads to one more reason which is poor schooling opportunities.

The number of kids who are forcefully employed is undetected in India. The children are sometimes forced to work under bad working conditions along with inadequate wages, food, or rest. Many children are affected physically, sexually, mentally and emotionally. It simply ceases the childhood of young children. It results in physical, social, and moral harm to children.

The low paying economy blooms with low cost and easy to hire workforce, hence, leading to Child Labour. Among many sectors, the agriculture sector attracts more children to have interaction in agricultural activity to earn their living. 85 per cent of children are from Indian rural sectors which are employed because of various social factors that fail to satisfy their lifestyle. Along with that, child Labour exists in unauthorized assembly, unauthorized retail works, and unauthorized trade sectors. Other factors of child Labour include the scale of the informal economy, the shortcoming of most Indian industries to rescale, the dearth of modern technologies, and therefore the structure and inflexibility of the Indian market. Children are employed because of social obligation, or loans and debts made by the families. Usually, children are forced to use their families in brick kilns, stone and quarries, and agricultural sectors. The children of the migrant workers and people that belong to the marginalized sections and Dalits within the society are pledged to work in small production houses and factories within the urban areas. Child Labourers on the bond are usually subjected to physical, emotional, mental, and sexual assault, even resulting in death.

The victim of child labour constitutes both rural and concrete regions. According to the census 2011, India’s population between the ages of 5-14 years is 259.6 million. Out of those, 10.1 children are a victim of child labour. As per reports, nearly 40 per cent of the children work in the sector of jewellery cutting. Children are employed in many industries like mining, restaurants, tea stalls and embroidery. They can even be found as domestic labour in an exceedingly few homes.

The government authorities and organizations should unite against child labour and free the children from the abuse and atrocities under that. Many constitutional provisions were made to abolish child labour. Despite that several children are exploited under perilous work conditions. Many children tend to abandon their studies for paid labour to support their families. The cruel world ceases their childhood joys. The Child Labour (Prohibition and Regulation) Act, 1986 is the only enacted provision by the Indian Constitution against child labour and cruelty. Other provisions just like the factories Act,1948, the Juvenile Justice (Care and Protection) of Children Act-2000 and then on for prevention against child labour lacks proper implementation and enforcement.